In the footsteps of Saccos and rural markets [Tanzania] 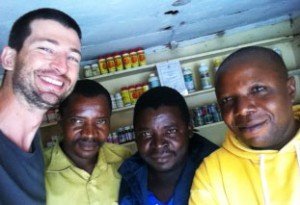 Eight years after this commitment, Thomas came back to Tanzania to meet the people he worked with,

and find out the impact of these projects.

Even if I deliberately let the years roll, coming back was obvious: 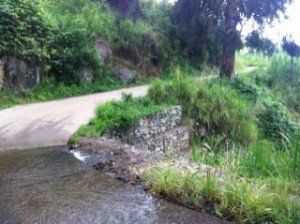 For the  African smile and recklessness, the need to speak Swahili again, the desire to meet again some unforgettable friends from remote areas, the curiosity to see the impact of 10 years of GDP growth at a rate of 7% and of course, the interest to see the impact of the different projects I was involved in. In Morogoro region, I saw a lot of abandoned development  project: empty warehouses, huge machinery rusting in the sun due to lack of maintenance parts, deserted fields caused by a lack of infrastructure, projects to build some “paradise (sic)” villages we never saw… . Minds of farmers also kept the scars: it was tough to bring them back to a local bank as the former one went bankrupt thirty years ago!

I was eager to see what happened to our projects…

Globally, given the strong economic growth of the country, I was expecting relatively large changes. But, apart from heavy works in Dar es Salaam, towns and especially villages have changed very little: some buildings in Morogoro rise a little higher, Chinese moto-taxi cab have replaced the previous imported Toyota cars from Dubai, minibus (dalla- dalla) now compete with new family vans with tinted windows. 3G internet service is now available in most urban areas and mobile phones have become the new wallet: money is safe and can easily be transferred to relatives across the country.

I returned in most villages I have worked with. 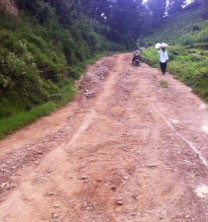 Regarding rural markets project, Kinole  and Nyandira (Morogoro region) seem to work particularly well. During a hike in the rainforest of the Uluguru Mountains, I met a farmer and his 12 years old son walking with flip-flops, while raining, bringing respectively 50 and 20 kg of peas at the market. Their village lies at approximatively 5 hours from Nyandira. 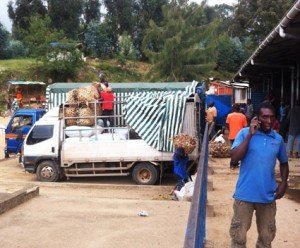 Kinole Village, which recently witnessed the arrival of electricity, is a real success story. All transport trucks now belong to traders of the village or of neighboring villages. The Saccos of Kinole, which annually loan more than one million euros, largely contributed to this evolution. Its well secured and guarded building remains, by far, the most beautiful village; At the beginning of the Saccos, young players of Kinole football team decided that bad transport infrastructure and poverty were not inevitable. Indeed, fifteen years ago, the village had no electricity, no power grid neither phone networg. Moreover, because of rains, roads could be closed for weeks.

Tawa Market is used a weekly trade fare for non-food products. Farmers prefer to gather their harvest higher in the mountain. Unfortunately, I could not go on the last market: the huge corn market of Kibaigwa (Dodoma). 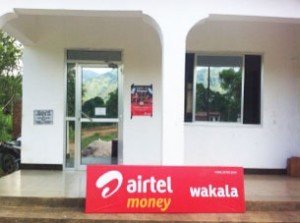 Regarding financial services, 7 Saccos (cooperative banks) out of the 12 we supported in Morogoro region, continue to operate. Given the complexity of these activities and the very limited support received over the past 8 years, we might say that small farmers from the Luguru mountains did quite well ! 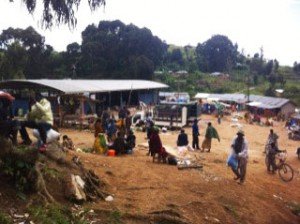 As a volunteer in Tanzania, I already noticed visible changes in some villages where Saccos were established. New activities emerged as small hotels, grocery stores, husking rice or corn, new transport vehicles, as well as bars with billiard and TV show room. One could easily feel that inhabitants had more income more and I believe that local banks really contributed. 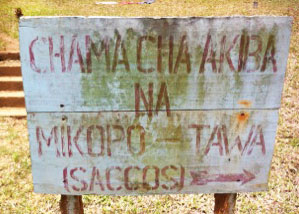 In Kinole village, within fifteen years, we can understand how infrastructure (markets, roads, irrigation) and financial capacity (Saccos) have allowed well organized inhabitants to become stronger in front of the rich traders coming from Dar es Salaam. Inhabitants and farmers now handle much of the supply chain and capture more added value.

Eight years later, results are still quite heterogeneous from a village to another but everyone can see that the isolation and poverty are not inevitable. 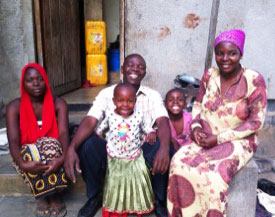 With hindsight, I realize that the success of a project depends less on technical or environmental factors than on skills of the men in charge. Identification of skilled, fast learning farmers with high ethical standards is crucial to bring sustainable changes in rural areas. However, it may take a long time; therefore, I believe development NGO should stay quite a long time to bring long term changes.

Fert is organized with means and methodology to facilitate long term changes. I was delighted to meet in Tanzania, the new Fert employees who are going on these activities in this wonderful country

From 2003 to 2006, Thomas Chandesris worked for Fert Tanzania as a volunteer for international solidarity. He contributed to the implementation of two actions in partnership with Mviwata, a network of Tanzanian peasants:

• A  rural market project financed by AFD to improve the marketing of agricultural products coming from remote areas (fruits, vegetables, dry beans, maize…). This project has enabled the construction and operation of four markets and has improved access roads.

• A rural microfinance project funded by the European Union and the French and Italian ministries if foreign affairs. It was designed to develop financial services adapted to the needs of farmers in three regions of Tanzania (Kilimanjaro, Dodoma, Morogoro). In partnership with a local NGO (UMADEP), Fert contributed to the development of a network of rural savings and credit cooperatives (Saccos).

Mission to France for a delegation of the agricultural colleges team [Madag...
Scroll to top