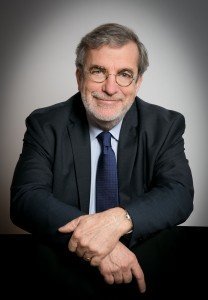 At the end of the Board of Directors meeting held in Paris on July 5, 2017, Jean-François Isambert was elected President of the French agri-agency Fert, succeeding Henri de Benoist.

Jean-François Isambert, 63, is a cereal farmer on a 270-hectare site in the Evry metropolitan area of Essonne.

First elected to his local cooperative, Jean-François Isambert became General Secretary of the General Association of Wheat Producers (AGPB) in 2006. In May 2009, he was appointed Vice-President of Unigrains, a financial union for the development of agro-food and agro-industrial companies. He is also a member of the board of Arvalis – Institut du végétal and a director of Intercéréales interprofessional.

Concerned by the adaptation of the agricultural and agri-food sector in the French, Community and world economy, he has also chaired the Demeter Club, a French group of prospective reflections on the evolution of agriculture, since June 2014.

Since May 2016, Jean-François Isambert is President of the AgriCord International Alliance of which Fert is a member, and which brings together 12 agri-agencies. Associated with professional agricultural organizations in their home countries, they support producer organizations in developing and emerging countries.

“The main quality of Fert is the value of the people who make it up, their ability to understand the difficulties of the farmers so that they can find the solutions themselves to the problems they encounter, and accompany them to the market, explains Jean -François Isambert. It is important for me that the realization of achievements by the farmers themselves is encouraged and made visible. My ambition is to ensure that Fert, as an agri-agency linked to French grain growers organizations and AgriCord, encourages peasant-to-peasant dialogue and helps them organize themselves according to what they want, In the context of open, diversified and environmentally friendly agriculture. ”

The Board of Directors, but also all the members of the association and all the operational teams of the agri-agency Fert, would like to thank Henri de Benoist warmly for his involvement and to welcome his action and the commitment of all A life with the peasants, both in France and abroad.