From 23 to 26 February 2015, Fert participated in Ouagadougou in the third edition of the Livelihoods camps. * The 2015 edition of the camp, organized by Livelihoods and SOS Sahel brought together a wide range of stakeholders in agriculture from 26 countries to propose answers to the challenges of family farming in the arid Sahel.

Towards a prosperous and sustainable family farming 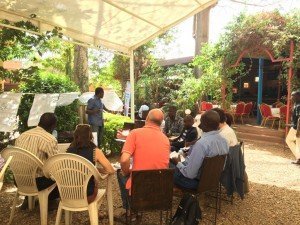 The objective of Livelihoods Camp 2015 was to promote an exchange of ideas around and initiatives to contribute to the fight against climate change, food insecurity and poverty in Africa. The participants, representing more than 80 producer organizations, NGOs, development organizations and research, reflected for 3 days in small working groups on topics related to the main theme of the camp: Towards a prosperous and sustainable family farming.

The reflections were fueled by visiting the farm of Guié and exchanges at the Market place.

Launched in September 2014, Livelihoods and SOS Sahel International Competition Farmers talent has selected 26 initiatives from over 200 applications. All were able to present their actions through the stands. 5 of them have received awards and Fert received the award for the most impactful initiative for its “Device supply second generation seed (R2).”

The awards ceremony was marked by the presence of the Minister of Agriculture of Burkina Faso, the Secretary General of CILSS and the Ambassador of France.

The device in Brief

The supply device R2 seeds was born in 2013 in the three departmental unions of cowpea producers, accompanied by Fert province Sanmatenga (Pissila, Dablo and Pensa). It involves setting up cowpea seed plots of 0.25 ha each within a few groups chosen by the unions. The Fert association provides inputs to groups (only in first year), which in turn are committed to providing their union their entire production. The union then sells the seed to its members at a lower price than the market. Of the collected amount is divided between the group and the union after recovering input costs to reproduce the device next year.

The mechanism provides answers to four key challenges identified by producers in the supply of seeds including quantity issues and seed quality as well as those linked to the price and place of supply. 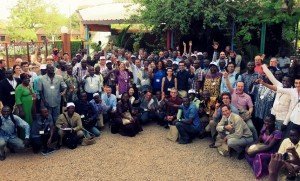 “And for you, family farming what does that mean?” : Young winners rewa...

Echos of the capitalization of the RCM (Mediterranean Agro-Systems Innovation...
Scroll to top