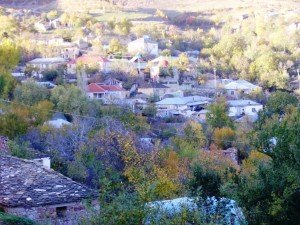 In 2004, following several actions on restoring churches in the town Voskopoje, agricultural town with over 2,000 inhabitants, the mayor asked the Fert Association to help develop a strategic development plan .

Proposed by Fert approach based on the territorial approach was to mobilize and organize the initiative of different types of actors that may influence the development of the town and the first of its inhabitants.

On the basis of this strategic plan, Fert and the common Voskopoje implemented from November 2007 to October 2012 with the financial support of the European Commission project “Operationalizing the strategic plan of the municipality of Voskopoje for sustainable and integrated development “which had a big impact on the economy and especially the mobilization of different types of actors in the municipality and beyond. This action has had repercussions in the border towns.

Also, responding to the request of the President of the Regional Council and the three mayors of the municipalities of Voskopoje, Vithkuq and Drenova, a new phase of extension in the intermunicipal plan of this territorial approach is underway.