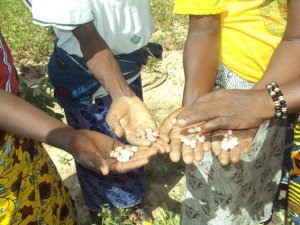 2016 has been designated International Year of legumes. They help to fight against food insecurity, promote sustainable agriculture, encourage biodiversity and are beneficial to health. Accir, Fert partner in Burkina Faso, accompanied producers – in Burkina Faso but also in Togo – which produce legumes. It is therefore natural that this theme has been chosen for our meeting.

On the occasion of the Accir General Assembly in May, Ousmane Dao, Director of Burkina Seracom and Hasmiyou FOUSSENI and delegate ARCOD-CA in Togo were invited to participate in a roundtable on ” legumes, seeds to feed the future. “

H.F: The grain market and especially the corn being too fluctuating, we thought about an alternative to secure incomes. The food was very varied especially as the central region is very humid, there is a strong parasite pressure therefore some livestock and therefore little protein. Cowpeas seemed appropriate. The objective is twofold: it improves the food bowl and the income of the producer but also to restore soil fertility with nitrogen fixed in the soil.

O.D: This culture is conducted on a small scale by women in the Sahel (Soum region). Thanks to the work of research, we have access to improved seeds adapted. We help producers to improve their production, improve food security, facilitate their access to markets to increase revenue because before the productions were sold at low prices.

Specifically what actions are undertaken with producers?

H.F: We are working on three pillars: training, organization of producers and information on production techniques. The producers do not mastered the production techniques used and poorly performing seeds. We have trained in processing techniques to reduce pest attacks. We also worked on conservation in triple wall bag to limit the use of chemicals.

O.D: In Soum beneficiaries are all women. We support the organization component. The Seracom has gained experience in this field on organic sesame component but we also shared a lot with Kaya cowpea producers accompanied by Accir and Fert *. Women are organized in trust groups of fifteen members charged with producing a pilot in each group of relay information and disseminate good practices on his plot. We facilitate access to quality inputs, this is where we benefited from the contribution of Accir (small equipment, warehouses). A revolving fund was established, it is still available. Before, women were selling all their production after harvest. We have implemented a storage-sales service for the producer receives 50% of the value of his stock to meet its cash needs and keeps his stock until the price increase.

What work has been done on the conservation of cowpea?

H.F: The triple-wall bags allow anaerobically conservation, but they are hard to find in Togo. Conservation is therefore in cans after washing and rinsing; they can last two campaigns. We also use neem leaves (tree with insecticidal properties) and the taget. The eggs can hatch but weevils die at birth.

O.D: In our cans can be used but for small amounts. For the economy we use the triple bottom bags. Burkina traders are approved for sale, can be easily found at a fixed price of € 1.50. Previously, farmers used a lot of chemicals and saupoudraient with pellets of highly toxic aluminum sulphate and the bags were stored in boxes nearby people. In the years 2008, we began to talk of triple-wall bags designed by INERA Burkina with an American university. These bags – which have a 100kg storage – allow a complete seal. Producers have been trained in their use, INERA has been testing throughout the country to prove their effectiveness. Nowadays, bags are used and there is no chemical conservation.

If legumes can improve the food bowl in rural areas, what about their urban consumption in the sub-region?

H.F: The bolus has also been improved among urban dwellers. On the Togolese urban markets, we find cowpea.

O.D: In Burkina Faso 80% cowpea is consumed domestically, the rest is exported in the subregion. Cowpea is a cash crop that is selling very well in local markets but also exported to Nigeria and Côte d’Ivoire.

O.D: The producers have a margin of approximately € 1,300 for 13 tons sold after 4 months of storage. This allows them to pay off their credit carry-in and then adjust tuition fees and contribute to the family budget.

How is the market?

O.D: We practice warrantage. Cowpea is stored for 3-5 months and follows the evolution of prices. It informs producing progressively and it is they who decide when to sell. They also participate in the search for buyers to get the best possible margins.

H.F: This is the cooperative that handles marketing. ARCOD the financing were used to finance working capital allocated to the cooperative producers in the reverse loan campaign as 5%. This interest is a form of insurance in case of natural calamity or death. These 5% allow to keep a balance. In the end campaign producers are a stock more or less equal to the equivalent of the amount of credit and end sales period they repay their loans received in cash or kind and cooperative undertakes to buy the inputs for following season. The Bureau of each cooperative decides the time of sale.

* Since 2004, supports producers Accir Kaya. From 2007, the Accir Fert has used to strengthen its support for producers. Cowpea is fitted with a short growth cycle between 60 and 80 days for low rainfall areas. It is therefore relevant to focus on this sector. 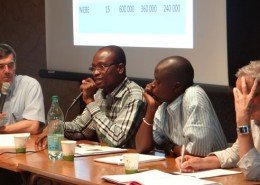 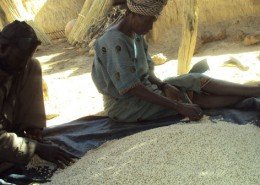 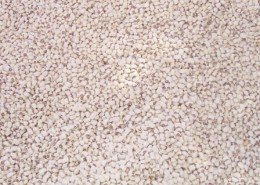 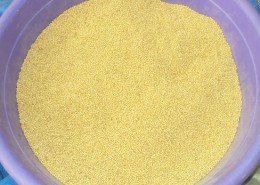 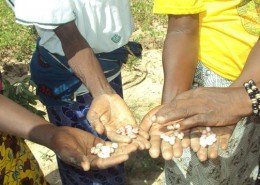 A video to (re)discover Unileite, organization of milk producers [Brazil]
Scroll to top