After a difficult 2011 season due to drought conditions, in 2012, the producers of the three Unions in Sanmatenga accompanied by Fert, made a good crop with an average yield for cowpea 725 Kg / ha .

In areas where rains were regular, cowpea yields far exceeded those of 2011 (drought year), but also those of 2010, showing a steady increase since the beginning of support for producers except for drought year. The average yield of 2 Unions has increased overall by 10%; however it is still down 30% for a union with strong disparities in pockets of drought in this area.

Moreover, prices of cowpea harvest reached levels not seen in recent years (311 CFAF / kg, or 0.5 € / kg against 255 CFAF / kg in 2011 or 0.41€ /Kg and 201 CFAF/ kg or 0.38 € / Kg in 2010) and resistant after harvest. Producers who sold a portion of their crop to meet cash requirements have done it in good conditions. Some producers indicated that they had invested in motorcycles, while others were stored in collective stores, providing a savings.

The price increase is due to strong demand from countries in the sub-region (Benin and Nigeria), but also to local demand driven by the demand for gold sites.

In this context of sustained price in recent years, cowpea stands out as a cash crop for farmers Unions Sanmatenga. 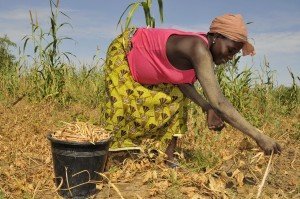 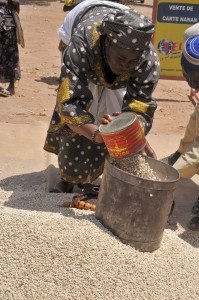 More than 60 people to the conference «Conservation Agriculture» to the AVI...
Scroll to top