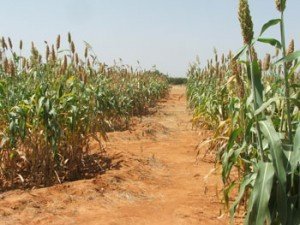 For ten years, members of unions cowpea producers in the province Sanmatenga (Burkina Faso) tested and implemented a set of agro-ecological practices..

They were accompanied by Fert and Accir advocate an approach that “small steps”, adapting to the practices of farmers.

Sanmatenga Province, located in the Sahel region, is characterized by low rainfall (400-700 mm / year) and relatively poor sandy loam soil organic matter and minerals. In this context agro climate difficult, causing irregular and low crop yields, food insecurity is high and chronic: 234,000 people were affected in 2013-2014, about 44% of the population of the North Central Region.

At three departments (Pissila, Dablo and Pensa), farmers have organized themselves into groups and unions around the cowpea (Vigna unguiculata). This well adapted to the climatic and soil conditions of the area legume has the particular advantage of being rich in protein (25% in the seeds). It constitutes both a food crop that can contribute to food security and a source of income for families.

Producer unions cowpea Dablo, Pissila and Pensa, created respectively in 2002, 2003 and 2009, 92 unite grassroots groups, approximately 1640 members (active) in the province of Sanmatenga (area north of Burkina Faso Centre). Fert and Accir accompany these unions with the objective of improving food security and living conditions of the population by strengthening farmers’ unions and the services offered to their members.

A set of practices tested since 2004

Actions initiated by the Accir (since 2004), and Fert (2007) were conducted in close consultation with the unions and decentralized services of the Ministry of Agriculture with the aim of testing different agricultural practices on-farm and educate and train farmers. One of the major difficulties expressed by the unions was restricted to inputs, especially mineral fertilizers, lack of financial resources access. Tested practices aim to circumvent this problem access to inputs but also stabilize soil fertility, improve yields and reduce the vulnerability of farmers to climate variations. Indeed, the current challenge lies not only in improving productivity but also in securing family farms face a distribution of increasingly erratic rainfall and the increase of extreme events (droughts, floods , etc.). The practices are tested on four themes: soil fertility and promotion of organic manure, recovery of degraded soils, insecticides and varietal trials.

Fertilization tests were conducted on cowpea and sorghum, comparing several plots without fertilizer and organic manure and / or mineral at different doses. The use of compost is considered the primary means of improving soil fertility; Indeed, organic fertilizer sustainably improves the physical, chemical and biological soil properties (structure, humic clay complex soil life) and to reduce the doses of mineral fertilizers needed. Compost production (heap, pit) will be strengthened in the coming years.

In the area of water and soil conservation following a diagnosis of the different techniques used by producers, it was decided to focus on simple and inexpensive techniques in terms of economic investment for producers: zai and halfpipe whose goal is to “revive the dead soil.” Beyond the training provided, hardware kits have been allocated to some witnesses producers (18) to achieve these improvements in their operations.

Insect pests of cowpea are considered a major problem by producers, however, that the recommendations in terms of treatments are applied, mainly due to lack of knowledge, but also access to products and processing equipment. Insecticides tests have sensitize producers to the interests of the protection against insects and compare the effects of neem (Azadirachta indica: natural insecticide) to those of Decis (synthetic insecticide: deltamethrin). To reduce the systematic treatment, promotion of rational pest management were conducted (Integrated Management of Production and Pest).

Variety trials were conducted on cowpea and, more recently, sorghum and groundnuts in order to provide improved varieties adapted to soil and climatic conditions of the area and also meet the expectations of producers. Parameters were tested including: earliness, drought resistance, tolerance to striga, health status and performance.

Towards an agro-ecological approach 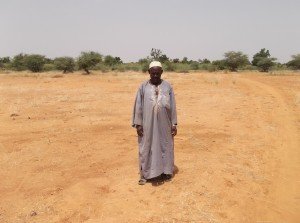 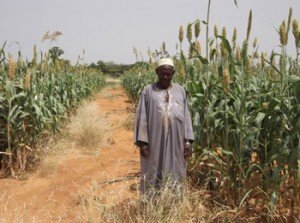 These actions were carried out first to meet the technical and economic problems faced by producers, without agro-ecology is at the heart of the support of these farmers and their organizations strategy.

Indeed, Fert and Accir not wish to disseminate technical predefined message, but rely on the feedback from practices tested by the farmers themselves. This is to enhance traditional knowledge and local know-how, bringing some innovations tested in the context of partnerships (Research Institute, departments of the Ministry of Agriculture, etc.). However, the achievements of this strong set of practices, Fert and Accir wanted to explain their approach with the objective of better dissemination of their partners.

Fert and Accir and advocate a progressive approach to “small-step”, which adapts to the state of farming practices. This approach can be characterized as research / action. It is an ongoing dialogue between technicians and producers who are involved in the debate from the start.

Without being dogmatic on the subject, Fert and Accir are convinced of the benefits of practices falling within the broad concept of agroecology. Indeed, in a context of increasing pressure on land, climate change and land degradation, improving and securing production necessarily go through an agro-ecological intensification. The lack of water, manure and raw materials producers suppose to arrive to optimize the management of natural resources.

It is necessary to go further towards sustainable productive agricultural practices, provided that it remains realistic for family farms, this does not significantly increases risk taking for farmers, and that the adoption of such practice is primarily the choice of farmers. Taking into account the economic sustainability is also a priority. This support voluntary farmers in the adoption of agro-ecological practices does not mean to use such conventional practices in the fight against predators crops or the use of mineral fertilizers, when necessary.

All of these actions by unions cowpea producers last ten years is instructive. A capitalization will be conducted in 2014 to dig the practices put in place and measure the results. Conducted in close collaboration with producers, it will raise their opinion, to better understand the levels of adoption and / or adaptation of these practices and barriers to diffusion.

Article published on the website of Inter-networks Rural Development, following the publication of the magazine Grain de Sel – No. 63-66, dedicated to this topic

December the 5th, Fert testifies during the festival 24h on Earth
Scroll to top