From Hauts-de-France region to Val de Loire, journey to fruits and vegetables land for a Ceffel’s délégation [Madagascar] 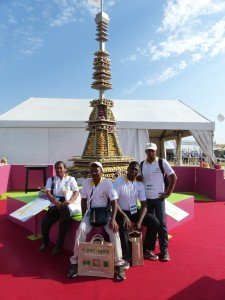 From September 12th to 24th, a delegation of four people of the producers organization Ceffel  made a study trip to France. Fert organized with the support of many partners including Arvalis – Institut du Vegetal, this trip allowed participants to create or maintain relationships with many actors in the fruit and vegetable sector in France. A study tour which had initially intended to strengthen the skills of Ceffel staff and board, and feed their thinking in terms of development of the horticultural sector in Madagascar.

“When there is no organization, it is the farmers who pay the price!”

Leaving Paris for “l’Aisne”, the first visit was with the President of Fert, Henri de Benoist, whose historical reminders and strong words about the role of agriculture in developing countries, resonated throughout their stay in France: “Have faith in yourself! We need the government to understand that the future of a country depends on agriculture.” An important inaugural meeting that informed all visits that have marked this fortnight. 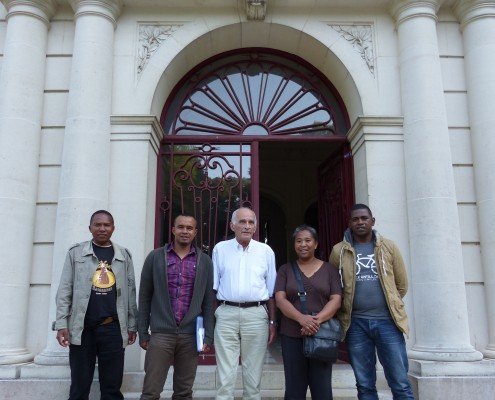 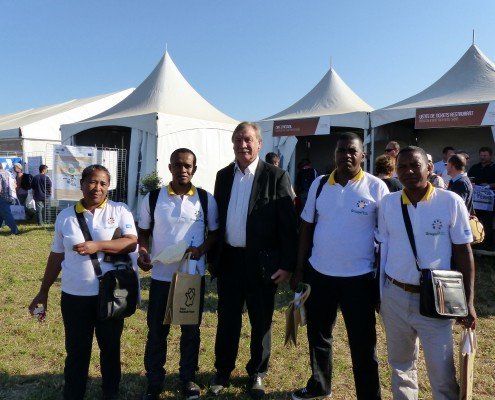 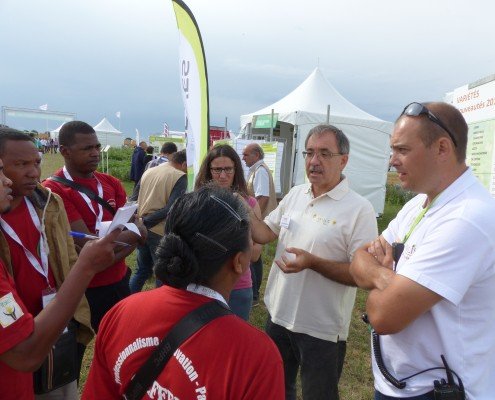 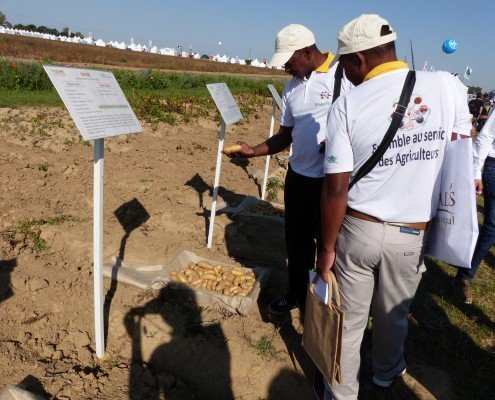 A week in the Hauts-de-France, first producing region of potatoes in France

Dedicated to the potato, and taking place every year in a country of four event partners – Germany, Belgium, France, Netherlands – PotatoEurope was this year organized by Arvalis Plant Institute in Villers-Saint-Christophe in Aisne. Cyril Hannon, regional engineer Potato Arvalis, Fert mobilized in 2015 for a technical mission to the Ceffel, was one of the main organizers. More than 12 000 visitors attended the event for a record attendance. As representatives of Ceffel, nearly 40% of visitors from 74 countries came from afar to share and learn about the latest innovations in the sector. On 14 and 15 September, the delegation Ceffel, consisting of the Chairman, a director but also its director and responsible for its experimentation center, was able to participate in two days of demonstrations and various presentations. They mainly exchanged with experts Arvalis – Plant Institute and its partners on innovations:

Also a chance to meet the organized producers, including the FNPPPT (National Federation of Producers of potato plants). PotatoEurope upstream of the event, a tour of the station Achicourt (62) was achieved; the professionalism of producers who have funded themselves this structure and in which the State delegates the certification of plants has not failed to impress the delegation of Ceffel. In the city of Ham (02), visiting a site Pom’Alliance – French leader in fresh potato – lit lit and allowed to understand the organization of the market where traders and producers sign contracts each year. Sometimes up to 20% of production delivered is not paid because it was considered “waste” to very standardized criteria (size, tasks, various malformations …) which did not fail to amaze Malagasy producers and technicians. 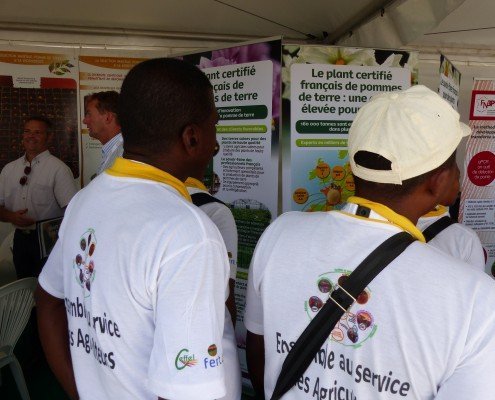 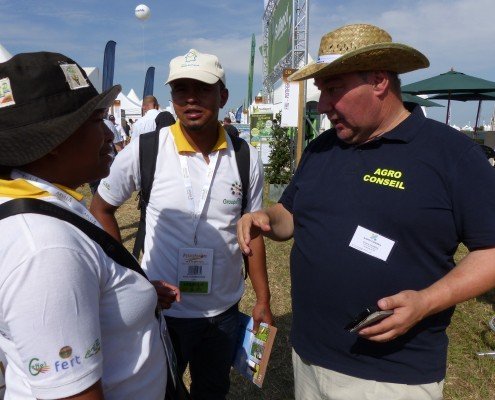 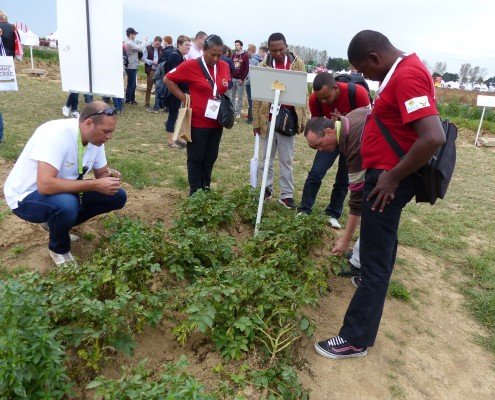 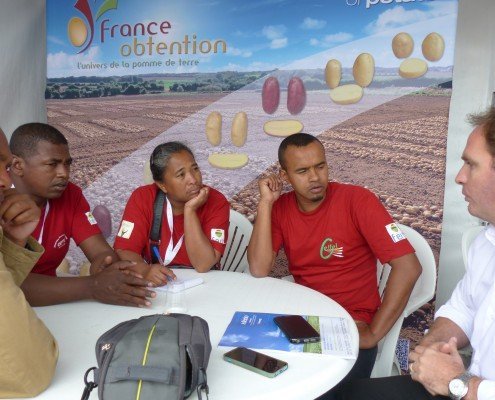 Following the PotatoEurope event, a tour of the farm SARL Beauce Plant could be organized the next day near Chartres. Bringing together 14 producers, Eric Fallou, President of the FNPPT is the initiator and primary responsibility. Accompanied by an Egyptian delegation, importer of French plants but also of Reunion, accompanied by FNPPPT in their seedling production process, this visit was an opportunity to exchange with professionals on topics of interest Ceffel including production techniques but also on the organization of the LLC for pooling hardware and storage infrastructure.

A week in the Val de Loire, to meet professionals of fruit chains

Leaving the northern regions of France, the delegation then joined the producers of the Val de Loire, starting with the visit Sologne dial market, which today brings together 27 producers of strawberries and raspberries and 7 buyers. Created in 1981, it remains emblematic of a multi-stakeholder organization mode for the local marketing of agricultural products.

Cape then on the nearby vegetable station LCA Tour-en-Sologne for open house focused on the results of experiments strawberries and raspberries. A perfect time to talk to the staff of the station but also with twenty actors present industry (producers, technicians, nurserymen, traders …). 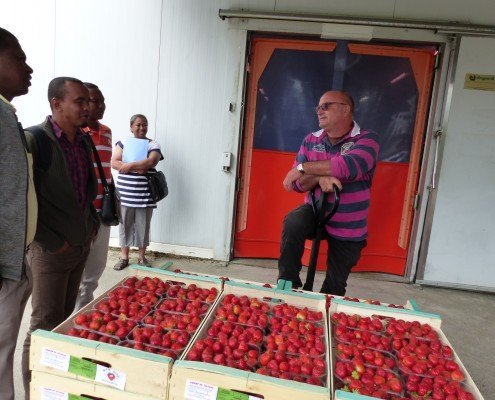 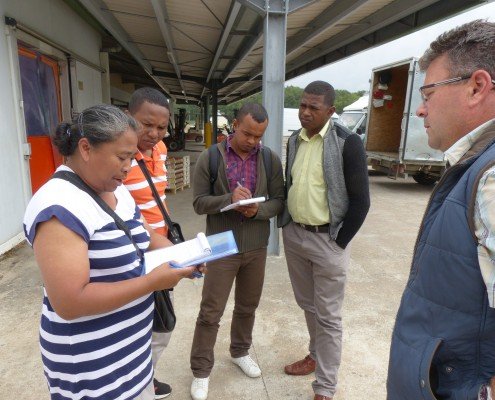 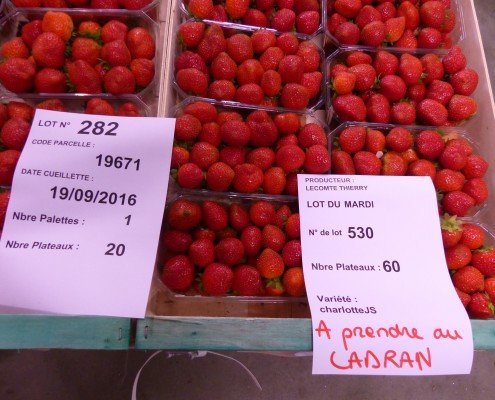 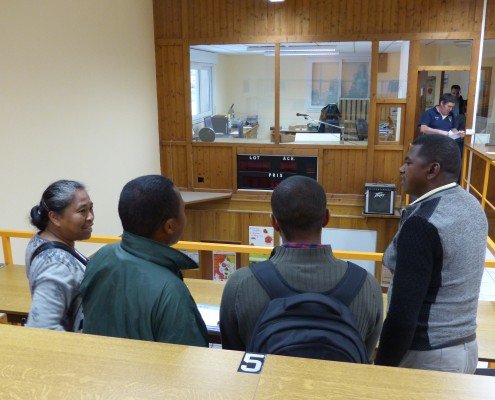 The next day, the Malagasy delegation was able to roam the banks of the Loire, its castles, but also discover the International Conservatory of tomato in Castle Bourdaisière, created on the initiative of Louis-Albert de Broglie, before returning to the large resort of St Epain Morinière (37). A regional station that actually has enough to impress all visitors: more than 37 hectares of orchards located in the heart of the production area concerned by his experiments in apple, pear, blackcurrant and redcurrant. A very political location, desired by producers originally was created in 1980 it does not favor some more than others. 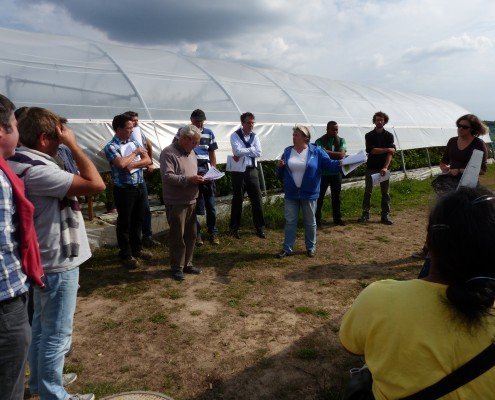 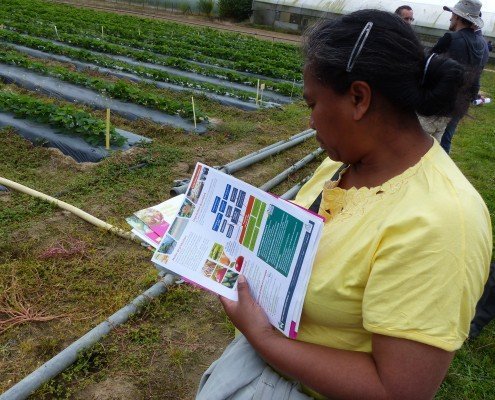 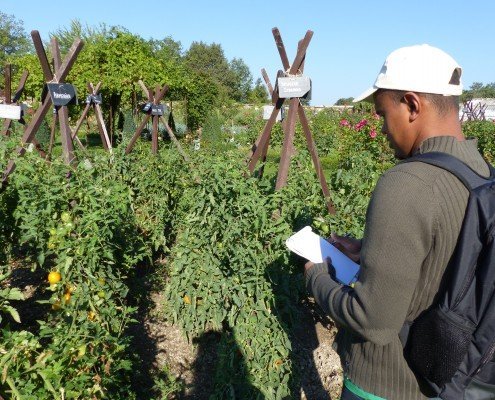 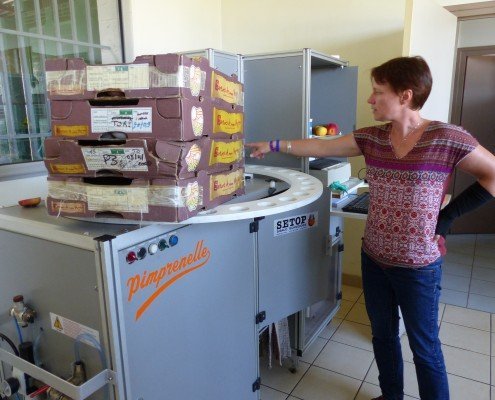 On the way to Anjou, visit the impressive Dalival nursery, creative, experimenter and rootstocks editor, apples, pears and stone fruit for over 30 years, has a small review session in production of apple seedlings (layering, grafting experiments …). Between varietal discovery and gathering of the harvest 2016, the tour ended with a tasting of fruits of new varieties.

The following afternoon in Angers was dedicated to the organic sector starting with a shared meal at Caba Biocoop, with a representative of GAB Anjou and representatives of the association Anjou-Madagascar, Ceffel partner for benefits training in Madagascar. A good time which allowed to return to the producer organization for the organic sector and their relationship with distributors, as Biocoop store. The evening was held at a local biodynamic producer, accompanied by Dominique Soltner, come as a neighbor, teacher and author known for his books on gardening and agroecology. The visitors could only see the difficulties inherent in this demanding production time and labor but also share possible solutions discovering the tests by Mr Soltner in the garden or by referring to the experiments in bio-pesticides performed by the Ceffel at the request of the Malagasy producers; often distant producers of input supply points. 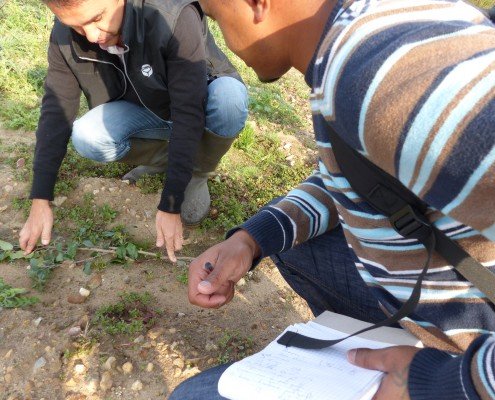 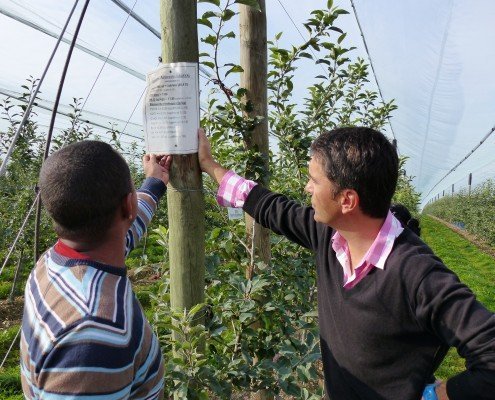 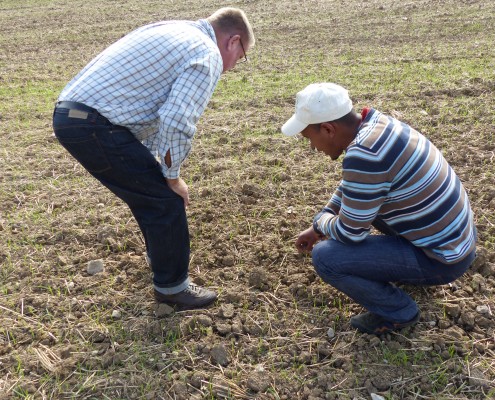 It is in the Beauce exploitation of Paul-Henri Doublier, Fert member of the association, mobilized last May for a union mission to Fifata, the Malagasy delegation concluded the study tour, starting again on the Big Island with many technical and organizational information, which will undoubtedly feed the reflections of Ceffel, like other member organizations Fifata group whose association is a member.

A video to (re)discover Unileite, organization of milk producers [Brazil]

Fert listening to the sector camelina [Tunisia]
Scroll to top

From Hauts-de-France region to Val de Loire, journey to fruits and vegetables land for a Ceffel’s délégation [Madagascar]