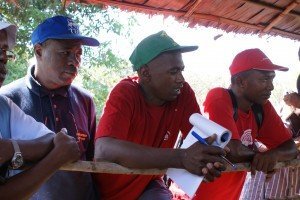 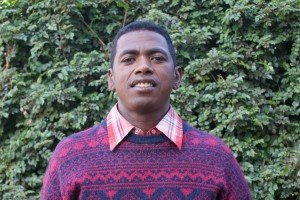 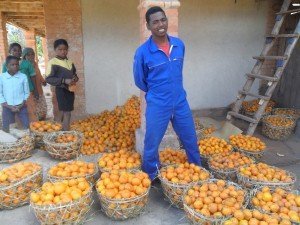 According to its statutes, the peasant organization malagasy Fifata, supported by Fert since the beginning, in Antsirabe held on December the 7th, the annual General Meeting. On this occasion, a new Chairman was elected.

1. Can you introduce yourself in a few words?

My name is Roland Rakotovao, I’m 40 and I’m from the district Manandriana  in the Region Amoron’i Mania. I live 35 km from the capital of the region, in the commune of Andakatanikely. My wife is a teacher and we have two children – one girl and one boy – who are both in school. When I left school in sixth grade, I turned to the cultivation of oranges.

In 2001, I founded the association Tsirisoa in my town – I was its President until 2006 – an association specialized in the cultivation of citrus. We are 15 producer members in the association. Our association Tsirisoa joined Fifatam in 2001, to enjoy the services of this regional federation like technical training, support in research of partnerships, the follow up with members … It is through this collaboration with Fifatam I have received training in “peasant leader” with Formagri in 2003 ; I was valedictorian.

At first, the OP Tsirisoa was only 20 feet of oranges, those of the President, but thanks to the support of Fifatam, members began to properly maintain the plants and expand operations ; 20 feet have served as a demonstration. Currently, the OP has 5500 feet of 10 ha including 1000 feet on 2.5 ha belong to the President.

2. Why is it important for a farmer Malagasy today to engage in farmers’ organizations?

For me to get involved in a peasant OP Madagascar is:

– The opportunity to have technical and material support, and especially to work with other partners in the agricultural community,

– The ability to communicate with other technicians or farmers to trade and acquire other experiences.

3. Today, you are President of a major national OP, what are your priorities for Fifata?

I put as priorities for Fifata:

– Strengthening communication between OP members as well as organizations created at the initiative of Fifata (agricultural secondary schools, association Ceffel)

– Better information on the activities of Fifata,

– Strengthening cooperation with the Ministry of Agriculture,

– The research supports that can meet the needs of members Fifata,

– The establishment of the structure of the agricultural sectors.

How to contribute to the improvement agricultural economies?
Scroll to top