In Tanzania, a fair to open the field of possibilities [Video]

For its second edition, success and relevancy of the Meru Farmers’ Fair are confirmed: more than 8,000 visitors attended the fair, from 19th to 21st November 2015, at Kikatiti, Arusha region. A new opportunity for local farmers to share ideas together and get the latest updates about agriculture from numerous exhibitors.

Fert is working since 5 years with farmers’ groups form this northern region of Tanzania. Here, the farms reach the size of an average of 2 acres, and their productions are much diversified for both vegetal production (maize, beans, banana, coffee, etc) and animal production (dairy cows, goats and poultry). It is in that context that farmers’ groups supported by Fert have expressed their wish to organize a farmers’ fair, in order to get connected to further actors of the sector.

Therefore, an organizing committee has been settled: Juwame (« Jukwaa la Wakulima wa Meru”, Meru farmers’ platform). It is composed of representatives of farmers and organizing partners, and aims at organizing the fair, with progressively more autonomy.

A broad diversity of actors

This year, more than 50 exhibitors where represented: seeds and other inputs companies, farm equipment companies, financial institutions, farmers’ organizations and also government agencies, NGOs or other technical service providers. This diversity of actors from both private and support sectors demonstrates the interest of such a professional event in this region.

Fruitful exchanges between farmers and technicians

The tent of Fert, at the entrance of the fair, was dedicated to farmers of Meru and Siha. Several dynamic groups of farmers from Meru and Siha exposed their productions and the competencies they have been trained on and they are implementing.
Among them, Maffie Ndeshukurwa Samwel is a farmer and a member of Inawanko group. About 30 years old and after having being proposed by her group, she has benefited of a deep training of “Paravet” , organized by Fert in 2015: “This training was of high level, she shares, especially for learning the vocabulary; thankfully, it was easier to me on the practical part of the training!”. Maffie continues her farming activity, but is now contacted by other farmers: “When an animal is sick, I visit the owner, and help him or her. If I see it is too complicated, I contact the district veterinary officer.” She gets an income for the visitations she does. The knowledge she shares with other farmers “helps to adopt more sustainable veterinary practices”, as she shares.

Nassary Kahanankura Massawe joined Mouwara farmers’ group 4 years ago “in order to share ideas and experiences and to learn together; it is with this same spirit that I visit the fair”. Massawe comments also: “There is a technician in each tent who can present the services and products of its company or organization. This year, I visited more specifically the banks because I need information to invest. I was able to compare the different products and new services they propose and make my own point of view”.

Massawe is also here to get updates on production techniques: “I like sharing ideas with other producers like me because we use the same words. I met one who produces organic vegetable at very low cost: it gave me some ideas. If I want to do the same, I need to modify my irrigation techniques.” 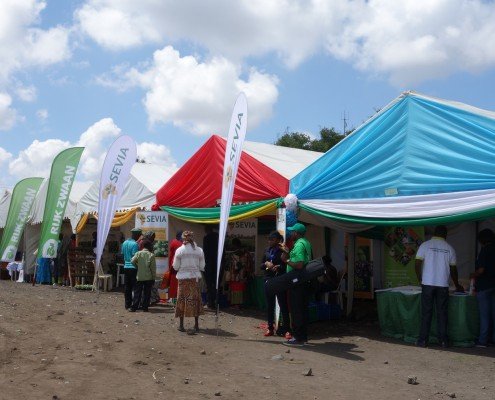 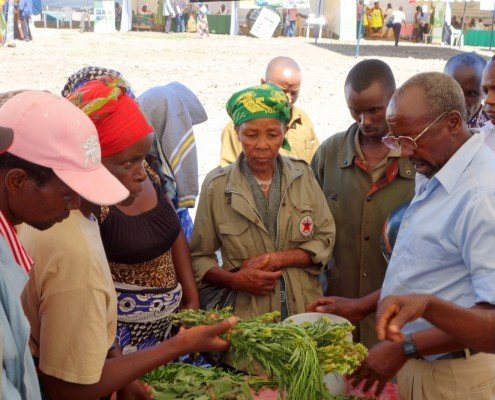 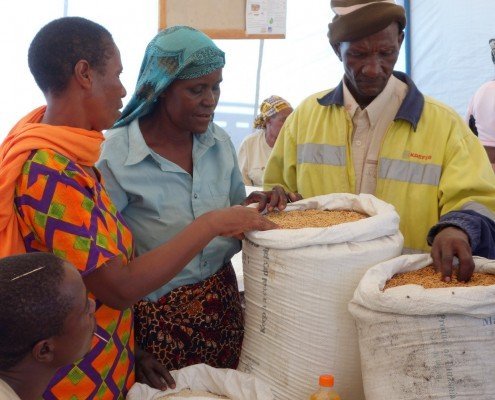 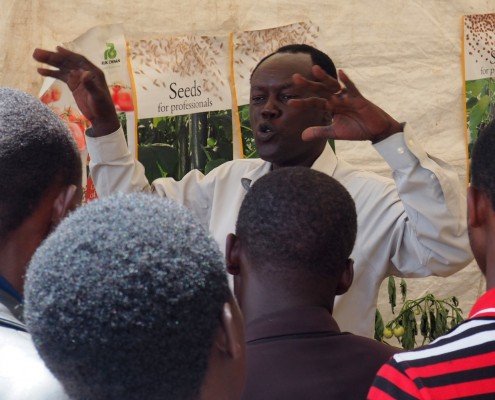 Highlights of the fair, 4 conference followed by debates were very successful. The topics which were covered were very close to the challenges faced by farmers:

Teacher at the Moshi Cooperatives University (MuCO), Damian Sambuo introduced the access to financial services through the collective model of community banks (Vicoba). This model is a registered group of farmers officially registered who save and get loans individually in the group.

Stimulating youth to start in agriculture

Like in many developing countries, the lack of professionalism in the agricultural sector is an obstacle to its development. Hard indeed to secure a market when only a little surplus of the production is sold and to have updated technical knowledge when being much diversified. Nevertheless, the production potential and the market are there. Gabriel Enock works for “Pass”, a private organization supporting farmers in building their loan application: “This fair is very useful to stimulate farmers, to show the economical potentialities, if farmers follow this path”. Jessica works for the bank “Vision fund Tanzania”. She analyses: “The problem is that youth don’t invest in agriculture. They come back to it when they get older. The technical level of farmers increases slowly, but there is so much potential! A trained farmer will better adapt his or her practices to hazards. This year for instance, the rainy season came late; the farmer needs to choose the good variety of maize to succeed.”

An organizing committee in progress

Simon Ayo is the chairman of Juwame, he is convinced that such an event is necessary: “We need to better know the organizations and companies which can help us to develop our activities, choose according to quality and price our inputs. We need to identify what is possible with our companies.”

For the next fair, it is important to him to continue with seminars and to try to attract additional exhibitors, like one or two other equipment providers, in order to compare their products.

“We prepare the fair with quarter meetings during the year, and monthly meetings the 3 last months before the fair. Our challenge for next year is to register Juwame so that it becomes and officially recognized association by the government and so that it can benefit of its support.”

Simon Ayo is aware that there is a need of improving so that farmers of the district get the information on time about the fair.

This year, animals were invited at the fair (goats and chicken), which was appreciated. Farmers expressed their interest of seeing more animals, especially cows for the next edition. Organizing field demonstrations in the surroundings could also take place. 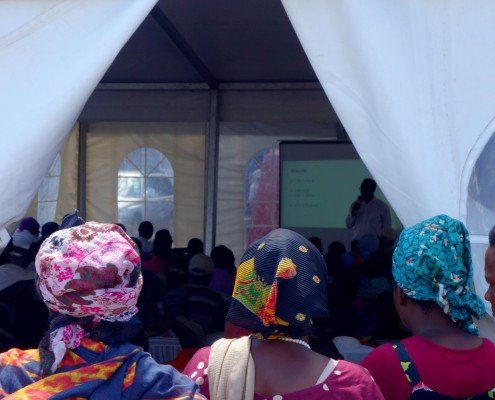 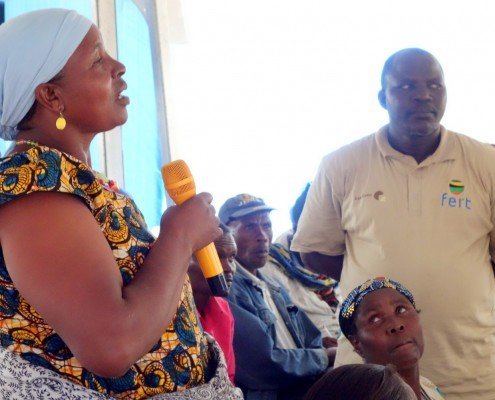 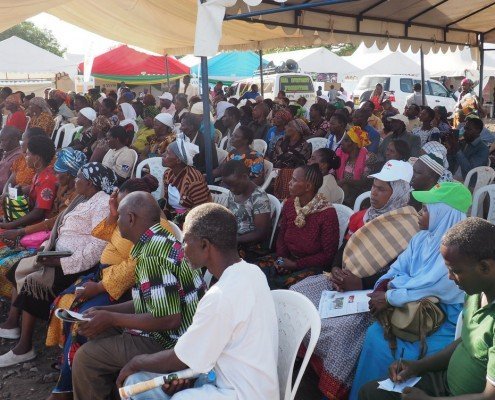 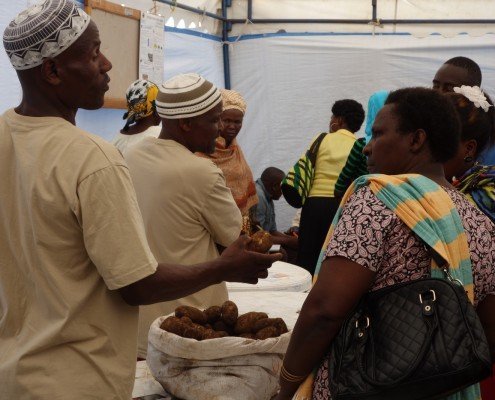 Let’s discover the clip of the association Fert

In Morocco, farmers’ organizations are taking charge of the sustainability...
Scroll to top